The self leadership principles are meant to support the “how to” of being a leader - by taking a human centric, self focused approach to who you have to BECOME to excel as a leader. 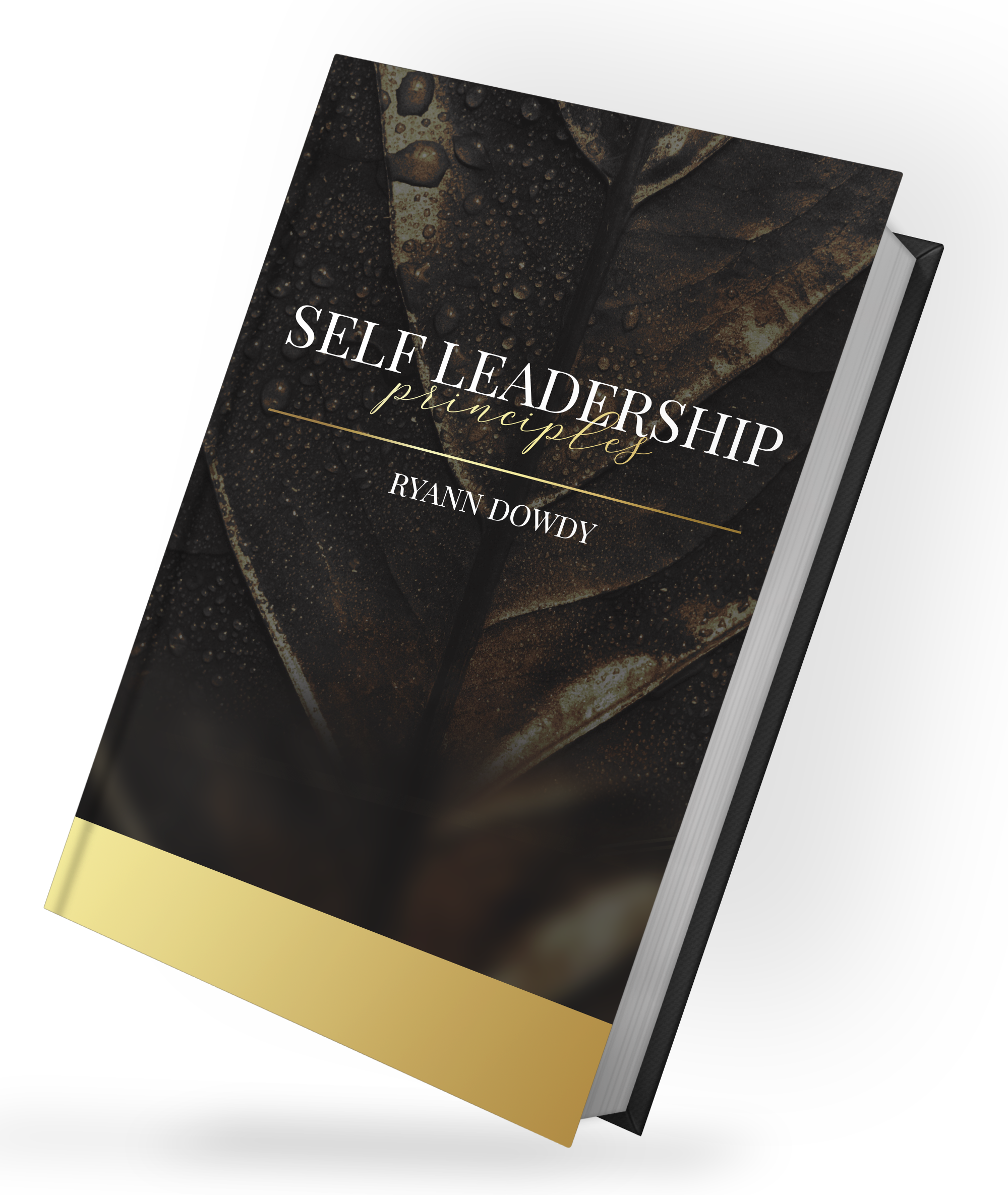 Be in the Room

Hosted by Be in the Room: The Conscious Leadership Collective for Women in Business 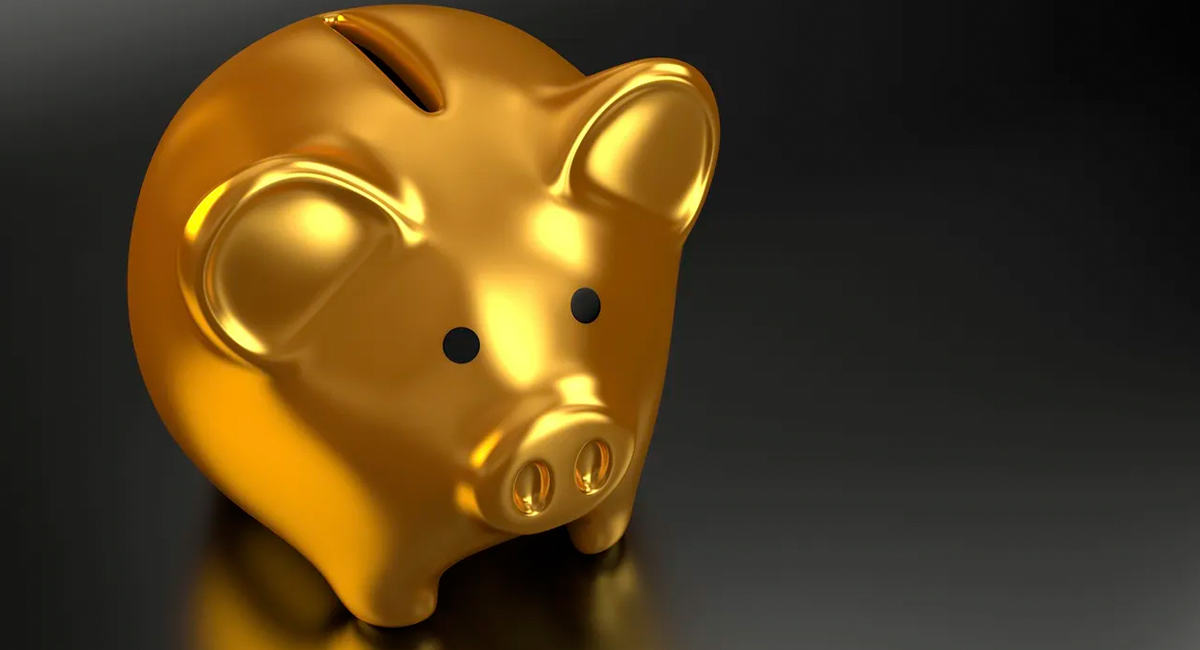 Once upon a time, at a digital marketing agency in the midwest, I was constantly asking for more work for one simple reason.

I was bored out of my mind.

But it also began to make me question things.

There was no hesitation when I asked the question.

How much could I have asked for?

How much should I have asked for?

Was I being severely underpaid?

Obviously, I went to Google for the answers. According to internet gods, I was making more than average for a graphic designer without a leadership title.

And then, my heart sank.

Not only was I a graphic designer, but I was a brand manager, a copywriter, a video editor, a marketing strategist, a campaign manager, and I was still asking for more work because that was NOT keeping me busy full time.

And according to my title, I was already making more than average.

Am I being underpaid for what I really do?

Will I ever make what I'm really worth at this company?

Why am I asking for more work if I'm already seen as "overpaid" by corporate standards?

Work was never quite the same after that. I stopped asking for more work and began figuring out ways I could spend more time at home. In a pre-covid world, I asked for my role to become a hybrid role where I would spend 50% of my time working from home.

There was hesitation this time.

I confidently said that if I would continue to have to commute to work each day, I would need to look for something closer to home. (I was actually really terrified that I was going to get let go with no backup plan, but it worked out.)

So I began working from home Tuesdays and Thursdays. Sometimes, on an office day, I would get 2 days worth of work done. I'd come home and do a few more projects while I was waiting for my husband to get home from work.

Then, on a home day, I would go out for the day or get chores done around the house with my laptop close by so I could slowly turn in the projects I'd done the day before and make it look like I was staying busy. I was incredibly paranoid that if I didn't look busy, I would lose my work from home privilege.

In fact, I will never forget one summer day when my husband (boyfriend at the time) was off work for the day and I was home. We decided to spend the day at the apartment complex pool. I checked my phone every 20 minutes or so to see if I had any messages, and nearly DIED when it was so hot out that the phone said it was in an emergency heat setting and I couldn't check any more messages.

This was okay for awhile, but a year after my $10,000 raise, I was given a standard cost of living raise for the year. I wasn't okay with being content where I was. I knew I could do more, be more, and earn more if I tried.

In the months that followed, I began pitching ideas for how my department could grow, I asked to be involved in more meetings, I asked to to transition into a leadership role. I was told no over and over again.

As employee number three in this organization, and someone who had been managing the creative department without a fancy title, I figured it would be an easy ask. But, rather than moving up, I watched new hires come in and become my leader instead of the other way around.

I began to question it. And looking back at it now, I realize those leaders were all male. I found ways to talk about how much they were paid without directly asking and quickly learned they all made more than I did despite my loyalty to the company and despite us having similar years of experience.

There were only 2 females in leadership roles. One was in an entirely different department. The other, I was close friends with, and knew that while she had a leadership title, she often expressed her concerns about how she was not actually seen as a leader by the other men during meetings (and would sometimes be left out of them entirely).

I craved freedom. I craved trust. I craved to have someone believe in me. I craved respect. I craved being paid what I was worth. I craved all my hard work and ambition meaning something to someone. But I was shot down time and time again. And every so often, one of the leaders would bring up my $10,000 pay raise and act as tho that should have been enough. It wasn't.

It didn't happen all at once, but eventually, I had lost all respect for the "leaders" in this company. When the "board" came to visit, we all had to sit at our desks to make it look like there were "butts in seats" even if it was typically a day we'd be out of the office. The CEO was rarely around and the VP was someone who took a lot of credit and rarely gave it.

The job I once aimed to thrive in became the thing I absolutely dreaded. By this time, I was married with a baby on the way - and I knew it had to change.

This next part is perhaps the most important day of my journey to no longer hating my day-to-day .

I called my mom on the drive home from work and told her that I was going to find a job that allowed me to work from home with my kids, work the hours I wanted to work, paid me well, and treated me the way I should be treated.

As fate should have it, Ryann Dowdy, founder of Be in the Room, was previously employed at this same agency. She had left the corporate space to start her own business and I had been doing some freelance work for her here and there as needed.

I had talked to her about how I was searching for a new role - and I'll never forget the day she sent me the text asking her to join her team. (I was in the middle of buying a car, debating if we could afford it.) I've never trusted my gut more than I had in that moment.

We bought the car. I took the role with Ryann. And life has never been the same.

The mission of Be in the Room mission is to create a movement of women of action that rebel against the status quo and build a life of success on your own terms. And it's an incredible place to be.

After spending years in an agency that took me and my gifts for granted...

After thinking I was nothing special ...

After realizing no one was telling me I was capable of more ...

After feeling underpaid and capped in my career...

After watching men climb the ladder with ease while I fought my way to what I thought was good enough...

I'm so excited to be a part of this movement for women.

Because we freaking deserve it. 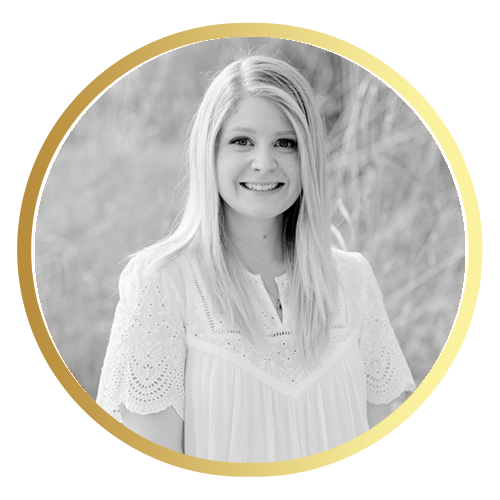 Marketing Manager for Be in the Room. Mom of 2. Our community is brought together by the desire to do things differently, and to be surrounded by like-minded women who understand the challenges (and the triumphs) that come with being a female leader.

Be in the Room